A Brief History of the Unofficial “City of Lights” 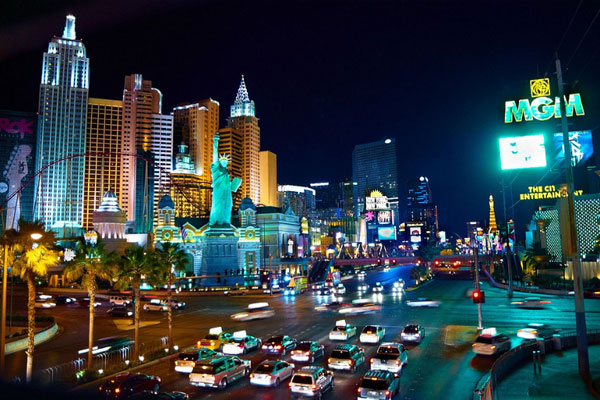 You have probably heard Paris commonly referred to as the “City of Lights”, for its nightlife and picturesque view. Many American cities like New York and Los Angeles also come to mind when you think of illuminated skylines. However, there is another city that sometimes seems overlooked – Las Vegas. Think about the miles of casinos and hotels that brighten the skies, not to mention marquees and displays inviting tourists and gamblers. New York may be “the city that never sleeps”, but with the energy happening out west (figuratively and literally), one might think Vegas is the true city that never sleeps!

Vegas’ vivid history is relatively young, dating back a little less than a century. While “Sin City” was incorporated in 1905, it was not until the 1930s that legalized gambling helped the city earn its reputation. The city’s popularity continued to grow over the following decades, but it was still a bit different from what you see now. In the late-1950s, the typical Las Vegas gathering was a little more…sophisticated, so to speak, with Sinatra and Martin living it up with the Rat Pack. It was around that time that one of Vegas’ most iconic lights made its debut.

Graphic artist Betty Willis is known for designing the famous “Welcome to Fabulous Las Vegas” sign that greets visitors to the city. The sign went up in 1959, and stands tall to this day in all its 25-foot glory. In addition to its retro styling, one nifty quirk about the sign is the seven circular lights in the word “Welcome”. If you look close enough, you will notice that each circle is actually a silver dollar, apt for all the gambling that goes on under the lights. 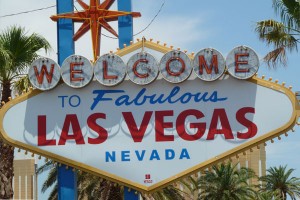 In the 50-plus years since Willis’ sign took shape, the lights have progressed, making Vegas even brighter. Las Vegas Boulevard currently keeps the skies lit, with 15,000 miles of neon tubing. Megaresort hotels like the Mirage, MGM Grand and Luxor are some of the most popular hotels, each providing no less than 3,000 rooms. You will find another famous hotel light show at the Bellagio, where the fountains go off every 15 to 30 minutes, depending on the time of day. 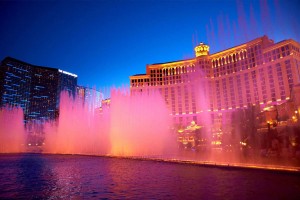 As the future of lighting continues to change, with LED lights replacing traditional lighting displays, the old school methods still live on, at a place known as the Neon Museum. Founded in 1996, this unique collection features nearly 150 artifacts of Vegas yesteryear – lights from landmarks like Caesars Palace, the Golden Nugget and the Stardust, along with stories about the history. The museum also includes an outdoor exhibit known as the Neon Boneyard.

So what does the future of Las Vegas hold? More hotels and casinos are likely, but, it is hard to believe anything will top the beauty currently found in the city of lights…a city that never sleeps.

View all posts by J. Hunt →
This entry was posted in News and tagged las vegas, LED. Bookmark the permalink.